Lyle Lovett and Robert Earl Keen join for an intimate night of music and friendship.

ABOUT LYLE LOVETT: A singer, composer and actor, Lyle Lovett has broadened the definition of American music in a career that spans 14 albums over three decades. Coupled with his gift for storytelling, the Texas-­‐based musician fuses elements of Americana, swing, jazz, folk, gospel and blues in a convention-­‐defying manner that breaks down barriers. Whether touring as a ‘Duo’ or with his ‘Acoustic Group’ or ‘The Large Band’, Lovett’s live performances show not only the breadth of this Texas legend’s deep talents, but also the diversity of his influences, making him one of the most compelling and captivating musicians in popular music. Since his self-­‐titled debut in 1986, Lyle Lovett has evolved into one of music’s most vibrant and iconic performers. Among his many accolades, besides the four Grammy Awards, he was given the Americana Music Association’s inaugural Trailblazer Award, and was named Texas State Musician. His works, rich and eclectic, are some of the most beloved of any living artist working today.

ABOUT ROBERT EARL KEEN: It’s not always easy to sum up a career – let alone a life’s ambition – so succinctly, but those five words from Robert Earl Keen’s calling-card anthem just about do it. You can complete the lyric with the next five words – the ones routinely shouted back at Keen by thousands of fans a night (“and the party never ends!”) – just to punctuate the point with a flourish, but it’s the part about the journey that gets right to the heart of what makes Keen tick. Some people take up a life of playing music with the goal of someday reaching a destination of fame and fortune; but from the get-go, Keen just wanted to write and sing his own songs, and to keep writing and singing them for as long as possible. Now three-decades on from the release of his debut album – with eighteen other records to his name, thousands of shows under his belt and still no end in sight to the road ahead – Keen remains as committed to and inspired by his muse as ever. And as for accruing recognition, well, he’s done alright on that front, too; from his humble beginnings on the Texas folk scene, he’s blazed a peer, critic, and fan-lauded trail that’s earned him living-legend (not to mention pioneer) status in the Americana music world.

REK has had the honor of working with music legends Dave Matthews, Bonnie Raitt, Sheryl Crow, Eric Church, Gary Clark, Jr. among others. He was inducted into the Texas Heritage Songwriters Hall of Fame in 2012. In March 2015, Robert Earl Keen was recognized as the first recipient of BMI’s official Troubadour Award. Keen is an active member of NARAS and was invited to be a participant in the prestigious “Grammys On The Hill” where he sang the National Anthem at the opening ceremony and was a member of the delegation that lobbied US Congress to support musicians’ rights, specifically the “Fair Pay for Fair Play Act”.

Properties near this activity 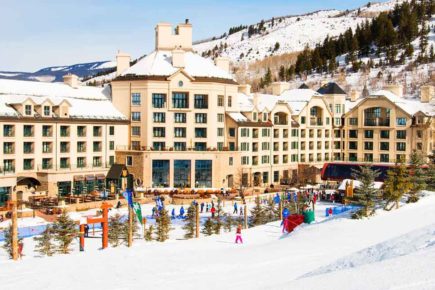